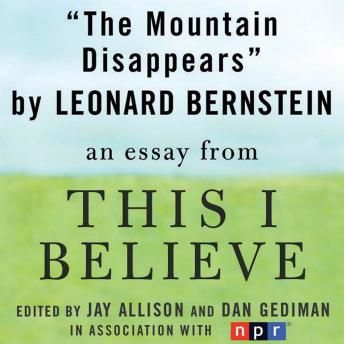 The Mountain Disappears: A 'This I Believe' Essay

In this essay originally aired in the 1950s, composer and conductor Leonard Bernstein expresses his belief in the potential of people to create change, in 'The Mountain Disappears,' his contribution to NPR's This I Believe series.