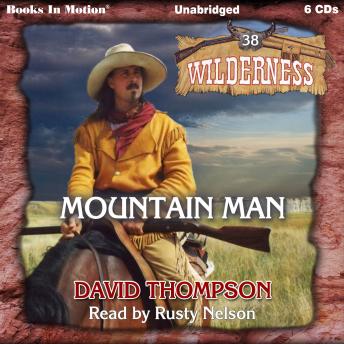 ALONE ON THE PRAIRIE - Rosemary Spencer is a woman alone. All alone, except for her young children. She and her husband and their two boys sold their farm, bought a Conestoga wagon and some oxen, and joined a wagon train heading for a new life in Oregon. But they soon learned the dangers of the West. First they became separated from, the train. Then bloodthirsty Sioux attacked the train, wiping out everyone except the Spencers. Finally a grizzly mauled and kilted Rosemary's husband. Now she doesn't know what to do, where to go, whom to turn to for help. Surely she and her boys won't be able to survive in the wilderness for very long. But she hasn't counted on one thing--Nate King. The legendary mountainman comes across Rosemary on his way back to the Rockies. He vows to protect her and the children from the countless hazards they will face: the cutthroats, the elements, the animals, and the returning Sioux. The danger will be constant, but Nate will keep his word. He'll protect them--to his last drop of blood.