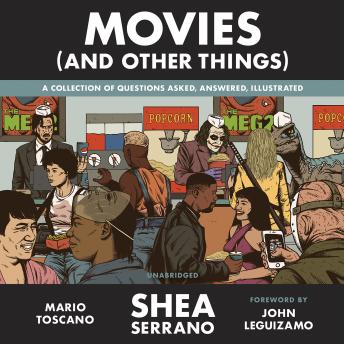 Movies (And Other Things)

INSTANT #1 NEW YORK TIMES BESTSELLER
'It's like a textbook gone right; your mind couldn't wander if it tried.' --New York Times
Shea Serrano is back, and his new book, Movies (And Other Things), combines the fury of a John Wick shootout, the sly brilliance of Regina George holding court at a cafeteria table, and the sheer power of a Denzel monologue, all into one.

Movies (And Other Things) is a book about, quite frankly, movies (and other things).

Many, many things happen in Movies (And Other Things), some of which funny, others of which are sad, a few of which are insightful, and all of which are handled with the type of care and dedication to the smallest details and pockets of pop culture that only a book by Shea Serrano can provide.

Movies (And Other Things)