Moxy Maxwell Does Not Love Writing Thank You Notes 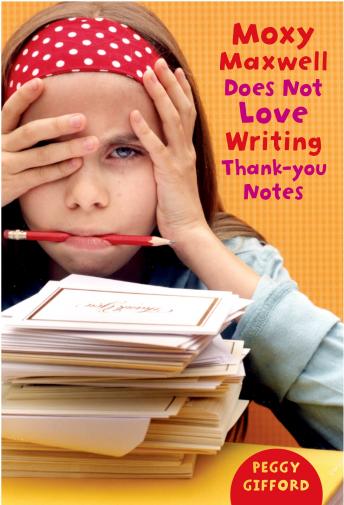 It isn’t as though Moxy isn’t grateful for all her Christmas presents. She’s just not so thrilled that she has to write twelve thank-you notes. Not to mention that she promised her mother they’d all be done by today. And if they’re not–well, there will be “consequences.” Namely, Moxy won’t get to leave tomorrow for the vacation of a lifetime. (A trip to California to attend a Star-Studded Hollywood Bash with the father she hasn’t seen in three years.) Moxy’s wild schemes to get her thank-you notes done in time are clever, poignant, and always hilarious.

Moxy Maxwell Does Not Love Writing Thank You Notes