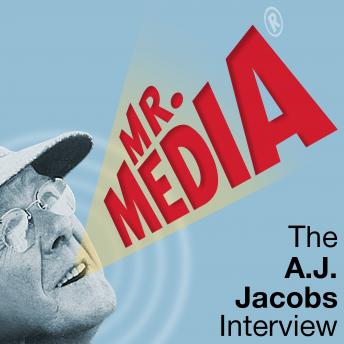 If I were the president of one of the broadcast networks, I'd take another look at signing up A.J. Jacobs to make a sitcom based on his life. (And yes, I know it's been tried before Ð as described by A.J. himself in Esquire magazine last fall, but this idea is worth a second look.) All the basic elements are there: A.J. is a neurotic, Jewish writer living in Manhattan with his grounded wife and naturally funny three boys, two of whom are twins. His extended family is full of characters, including his late Aunt Marti, a delightful eccentric, and his late grandfather, legendary Manhattan labor attorney Theodore Kheel.

This title is due for release on April 27, 2012
We'll send you an email as soon as it is available!