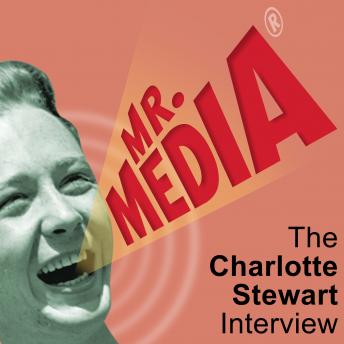 When you pick up a memoir Ð particularly a celebrity memoir Ð part of the inherent appeal is that you can safely be a voyeur at armÕs reach.

But when that celebrity memoir falls short on sharing names and intimate details, well, thatÕs not a great read. Because if you just wanted to hear how swell everybody is and how perfect a celebrityÕs life is, you could just tune in to ÒEllen.Ó

So when I tell you that actress Charlotte StewartÕs autobiography delivers on both boldface names and remarkably personal details, trust me, IÕm underselling the book.

Like who? Well, she had a long getaway weekend with singer Jim Morrison of The Doors shortly before his fateful final trip to Paris.

She was married to actor Tim Considine, one of the sons in the CBS hit comedy ÒMy Three SonsÓ Ð although that didnÕt keep her from leading a wild life of sex and drugs of which her husband knew nothing.

One of the few men she turned down was her boss for four years as she played the reserved schoolmarm Miss Beadle on ÒLittle House on the Prairie.Ó The bossÕs name? Pa Ingalls himself, Michael Landon.

Oh, and she inspired a scene in Tom WolfeÕs novel, The Bonfire of the Vanities.

She also co-starred in David LynchÕs breakthrough cult film, Eraserhead, as Mary X. And while she and the director never got together off the set, she did live on and off through the years with Eraserhead himself, Jack Nance. (And Lynch gave her the recurring role of ÒBetsy BriggsÓ on his legendary TV show ÒTwin Peaks,Ó a role sheÕll return to in the showÕs third season in early 2017 on Showtime.)

During todayÕs conversation, Charlotte will also read a short passage from Little House in the Hollywood Hills, which she co-wrote with Andy Demsky. This book will blow your mind. Promise.