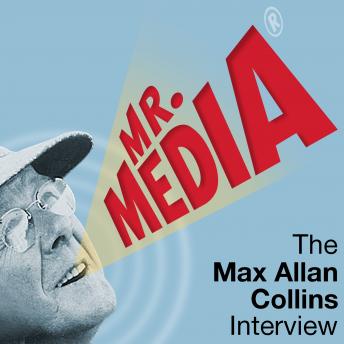 Collins became a next generation Mickey Spillane, creating memorable titles and characters of his own such as Road to Perdition and Quarry. He's worked in all kind of media, from scripting Dick Tracy daily comic strips from 1977-93 to writing the novelizations of movies such as Saving Private Ryan, Air Force One and American Gangster and creating his own one-man show, "Eliot Ness: An Untouchable Life." The crowning achievement of his career, however, may have been when Mickey SpillaneÑthe best selling mystery writer of the 20th centuryÐchose Collins to be his literary executor. Spillane passed away in 2006 and Collins has since lit a fire in new stories of private dick Mike Hammer. His latest is Lady, Go Die!, the riveting sequel to Spillane's classic, I, The Jury.