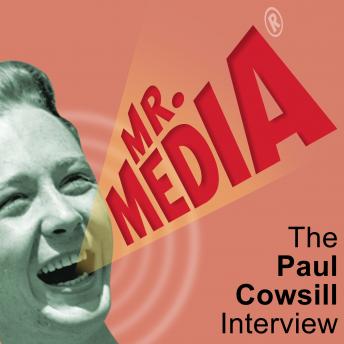 It was a week or so before Christmas, 1968, and I owned fewer than five long-playing record albums, including The MonkeesÕ Headquarters and the first two Beatles albums. I played them endlessly on what was essentially a toy record player. That its sound was tinny and that it didnÕt get very loud didnÕt matter; I had my very own music.

I well remember that holiday season, visiting my parentsÕ friends, Mickey and Ginny and their infant son, Mickey Jr. Mickey Sr. was a New Brunswick, New Jersey cop and the family lived in a modest apartment in a small complex above the Raritan River.

The visit was largely uninteresting for me except when Ginny handed me a wrapped present from under the family Christmas tree: a new record! What else could it be that shape?

Eight-year-old me quickly tore off the wrapping and discovered The Rain, The Park and Other Things: The Best of The Cowsills inside.

I didnÕt know anything about The Cowsills yet but it had a funny caricature of the family on the cover and I couldnÕt wait to get home and put it on my cheap turntable to hear it.

Instead of being appreciative of the gift, however, I became a bit of a brat because I couldnÕt wait to get out of there and hear it!

Like a lot of bands from that era, The Cowsills soon disappeared from view Ñ 1910 Fruitgum Company, anyone? Ñ and I didnÕt give them much thought until last week when I was invited to watch a new documentary film by Louise Palanker, Family Band: The Cowsills Story, about the real family behind the singing family.

Joining me today to talk about his family, the band and the documentary is Paul Cowsill. Paul still leads The Cowsills, but his day jobs are equally interesting: he was an ÒextremeÓ landscaper on the NBC fantasy series ÒGrimm,Ó having previously worked on TNTÕs ÒLeverageÓ and the first Twilight movie.