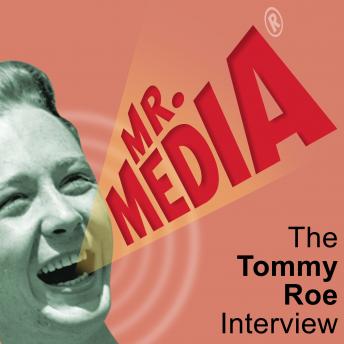 There are two pictures on Tommy RoeÕs website of him with The Beatles.

I glanced at them last night and then moved on, looking for ideas about what to ask the man behind such immortal 1960s bubblegum hits as ÒSheila,Ó ÒDizzyÓ and ÒJam Up and Jelly Tight.Ó

This morning, I got to thinking about it some more. Those were some very young Beatles in those photo, gathered around behind Roe. John Lennon, Paul McCartney, George Harrison and Ringo Starr are dressed alike in suits and ties, not unlike what they wore on the cover of their first album, Meet The Beatles.

Hair is about the same length, too.

So I did a little more research and this is the moment when my eyebrows shot up. Two days after The Beatles made their American debut, February 9, 1964, on ÒThe Ed Sullivan Show,Ó they made their first-ever U.S. concert appearance at the Washington Coliseum in Washington, D.C. According to a website called PopHistoryDig.com, the opening acts on the bill were Jay & The Americans, The Righteous Brothers ... and Tommy Roe.

But wait, it gets better: The Beatles already knew Roe; they were one of the featured acts on his top-billed tour of the UK a year earlier! And they recorded a cover of his #1 hit from 1962, ÒSheila.Ó

Let me give you a quick overview of Tommy RoeÕs success: he had his first #1 with ÒSheila,Ó of course, and subsequently charted a number of songs on the Top 10, including ÒEverybody,Ó ÒSweet PeaÓ and his biggest single, ÒDizzy,Ó which was #1 in the US, UK and Canada in 1969. And as much as I love that song, IÕve always had a special fondness for his other Õ69 hit, ÒJam Up and Jelly Tight.Ó

This title is due for release on February 5, 2014
We'll send you an email as soon as it is available!