Mr. Sebastian and the Negro Magician 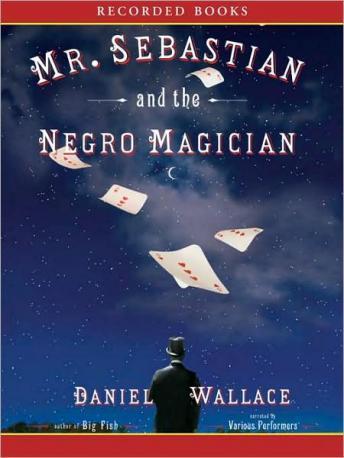 Henry Walker was once a world-class magician, performing to sold-out shows in New York. But now he has been reduced to joining Musgrove's Chinese Circus (which at no point in its tour of the deep South has ever included a single Chinese person) as the shambling Negro Magician, whose dark black skin and electric green eyes bewitch most audiences. But one balmy Mississippi night in 1954, Henry disappears in the company of three rowdy white teens and is never seen again. Wallace pieces together Henry's incredible vagabond life - from a deal with a bone-white devil known only as Mr. Sebastian, to the heartrending loss of his sister Hannah - and creates an enchanting tale of love, loss, identity, and the limitation of magic.

Mr. Sebastian and the Negro Magician

This title is due for release on June 6, 2008
We'll send you an email as soon as it is available!