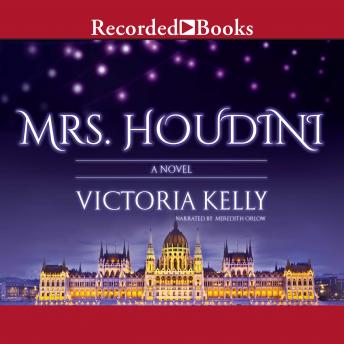 A captivating debut novel, meticulously researched and beautifully imagined, about the passionate marriage of Harry and Bess Houdini-a love story that defied death itself. Before escape artist Harry Houdini died, he vowed he would find a way to speak to his beloved wife Bess from beyond the grave using a coded message known only to the two of them. When a widowed Bess begins seeing this code in seemingly impossible places, it becomes clear that Harry has an urgent message to convey. Unlocking the puzzle will set Bess on a course back through the pair's extraordinary romance, which swept the illusionist and his bride from the beaches of Coney Island, to the palaces of Budapest, to the back lots of Hollywood. When the mystery finally leads Bess to the doorstep of a mysterious young photographer, she realizes that her husband's magic may have been more than just illusion. In surprising turns that weave through the uncertain days of the dawn of the twentieth century and continue into the dazzling 1920s, Mrs. Houdini is a thrilling tale that will take you deep into the heart of one of history's greatest love stories-asking what drives people to believe in something bigger than themselves-even as it reveals the famous magician's most remarkable feat of all.