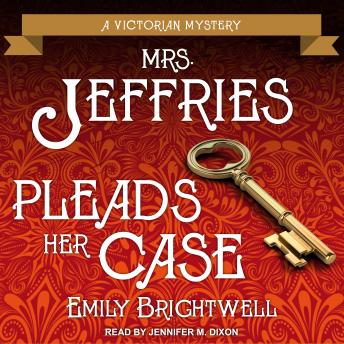 It took no time at all for the magistrate to rule the death of Harlan Westover a suicide. But not everyone is convinced by the result of what may have been a slip-shod investigation. Inspector Witherspoon is treading dangerous political waters when he discreetly pokes around to see if he can't catch himself a killer. But it's up to Mrs. Jeffries and her staff to do some detective work of their own in order to give the inspector a gentle nudge in the right direction-and ensure that a murderer, if indeed there is one, doesn't get the chance to stage another suicide . . .