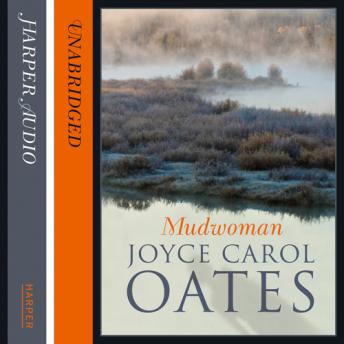 Mudgirl is a child abandoned by her mother in the silty flats of the Black Snake River. Cast aside, Mudgirl survives by an accident of fate - or destiny. Only when she is adopted by a Quaker family does she begin to suppress those painful memories.

Meredith 'M.R.' Neukirchen is the first woman president of a prestigious Ivy League university whose commitment to her career and moral fervor are all-consuming. But with an emergent political crisis and a prolonged secret love affair, M.R. has to confront challenges to her professional leadership which test her in ways she could not have expected. The fierce idealism and intelligence that delivered her from a more conventional life in her hometown now threaten to undo her.

When she makes a trip upstate, M.R. Neukirchen is thrust into an unexpected psychic collision with Mudgirl and the life M.R. believes she has left behind. A powerful exploration of the enduring claims of the past, Mudwoman is at once a psychic ghost story and the heartbreaking portrait of an individual who breaks - but finds a way to heal herself.