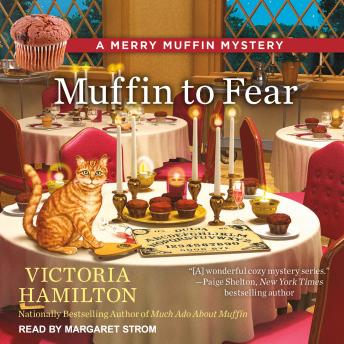 While Merry is distracted by her quickly planned marriage to Virgil Grace and a blissful honeymoon in New York, her friend Pish invites the ghost-hunting crew from the TV show Haunt Hunt to investigate Merry's home, Wynter Castle. Merry soon discovers that not only is the crew out of sync, there are so many feuds and squabbles, it's a miracle they get a show produced at all.

It all goes from bad to worse when the show's psychics claim to have contact with people murdered on Merry's property. When two cast members are found dead, Merry and Virgil must figure out who's picking off the Haunt Hunt team before their hard-earned happily ever after is cut short.