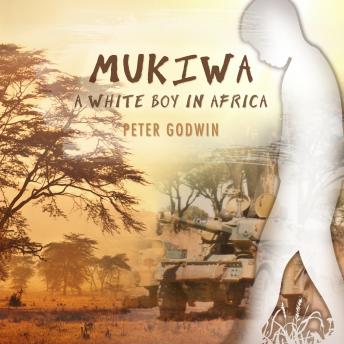 Mukiwa: A White Boy in Africa

Rhodesia, 1964: a small boy witnesses the death of his neighbor, murdered by guerrillas-it is the beginning of the end of white rule in Africa. In Mukiwa, Peter Godwin, the witness to that murder, has written 'a classic of its genre' (Sunday Telegraph), a vivid and moving account of growing up in a colony rapidly collapsing into chaos.

In unforgettable tales of innocence lost under African skies, we follow Godwin's awakening to the often savage struggle between whites and blacks, his horror when he is forced to fight in a civil war he detests, and his experiences as a journalist covering the country's violent transition to black rule as Rhodesia's colonial era comes to an end and the new state of Zimbabwe is born from its bloody ashes. Mukiwa is a poignant, compelling memoir and an invaluable addition to the literature of southern Africa.

I read this years ago and loved it. To see the narrator was Peter himself made it more enjoyable. He was sitting next to me, telling me his very interesting life story!