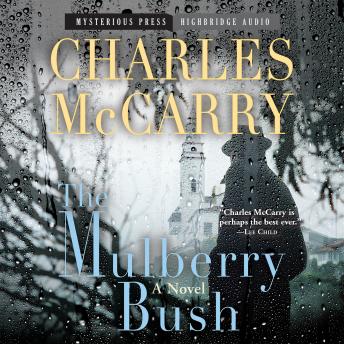 Author of The Tears of Autumn and The Shanghai Factor, Charles McCarry is widely regarded as one of the finest espionage novelists writing today. His latest masterpiece, The Mulberry Bush, burns with the fury of the wronged, as personal vendetta and political idealism collide. In a rose garden in Buenos Aires, an unnamed American spy meets the beautiful daughter of a famous Argentinean revolutionary. He becomes infatuated, and so does she. But he is no ordinary spy he is an off-the-books lone wolf who spent his first five years working for Headquarters hunting terrorists in the Middle East. Unbeknownst to his lenient handlers, he is loyal to a hidden agenda: to avenge his father, who was laughed out of Headquarters many years before and died a beggar. In the sultry young Argentinean, Luz, the spy thinks he has found an ally. Like his father, her parents also met a terrible fate. But as his path becomes further entwined with hers, the spy finds himself caught in a perilous web of passions, affiliations, and lies that spans three continents and stretches back to the Cold War. Steeped in the knowledge of modern-day tradecraft, The Mulberry Bush is a potent and seductive novel that explores what happens when the most powerful political motivator is revenge.