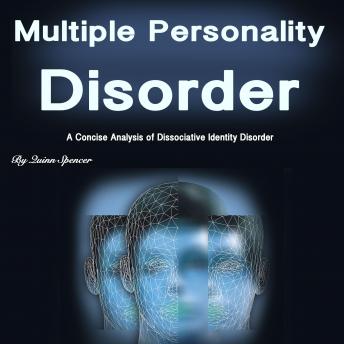 Are they just “crazy?” Or is there more to it?

If you know what multiple personality disorder is, you probably wonder how this disorder develops, how it manifests itself, and what can be done. This quick guide will help you get to the bottom of these questions.

Another term for the disorder is dissociative identity disorder. There are causes, treatments, and symptoms. How prevalent it is is another question that will be discussed, as well as subtopics such as:

With all the misunderstandings about this disorder, it’s time to get to the truth. Don’t deny yourself that truth any longer. Give in to your curiosity, and figure out what to think of this strange disorder that only affects a certain percentage of the population. Know what to do when you meet someone who has it, and know what to think of the treatments, medication, and diagnoses that are being given.

Add this book to your cart now.

This title is due for release on July 7, 2018
We'll send you an email as soon as it is available!