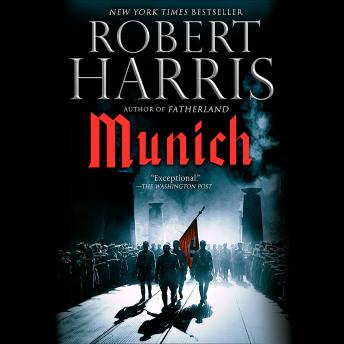 NEW YORK TIMES BESTSELLER • From the bestselling author of V2 and Fatherland—a WWII-era spy thriller set against the backdrop of the fateful Munich Conference of September 1938. Now a Netflix film starring Jeremy Irons.

With this electrifying novel about treason and conscience, loyalty and betrayal, 'Harris has brought history to life with exceptional skill' (The Washington Post).

Hugh Legat is a rising star of the British diplomatic service, serving at 10 Downing Street as a private secretary to the Prime Minister, Neville Chamberlain. Paul von Hartmann is on the staff of the German Foreign Office--and secretly a member of the anti-Hitler resistance. The two men were friends at Oxford in the 1920s, but have not been in contact since. Now, when Hugh flies with Chamberlain from London to Munich, and Hartmann travels on Hitler's train overnight from Berlin, their paths are set on a disastrous collision course.

And once again, Robert Harris gives us actual events of historical importance--here are Hitler, Chamberlain, Mussolini, Daladier--at the heart of an electrifying, unputdownable novel.