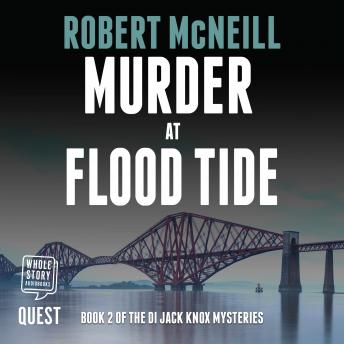 MURDER AT FLOOD TIDE is the second DI Jack Knox murder mystery set in and around Edinburgh.

Detective Jack Knox is faced with a troubling case when a woman's body is found on a beach near Edinburgh. Police match her to missing persons, because her personal effects have been swept out to sea. When she is finally identified, the victim's last known movements are investigated. She was courted by a man who proves elusive, having evaded surveillance cameras. He has covered his tracks well. Was this her killer? On top of the pressures of the investigation, Jack Knox must deal with a gremlin in the well-oiled investigative machine: an officer from another force seems set on undermining his authority and upsetting his team. Can DI Knox overcome the challenges and collar the killer before he strikes again?