Murder at the Holiday Home 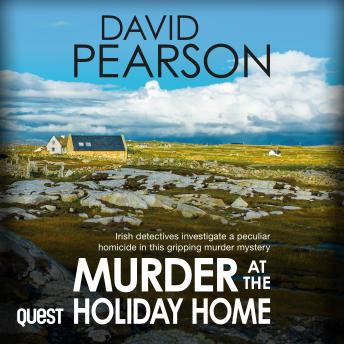 A woman is found dead in a local businessman's holiday let. Detectives uncover some shady dealings. But did he kill her?

The charm of a West of Ireland holiday home is somewhat tarnished when a woman's body is found in the property. There are few clues as to her identity. However, in her hand is found a small solid-gold ingot. Galway-based DI Maureen Lyons is drawn out to the sticks to take on the case. Suspicion naturally falls on the property's owner who runs a large discount store, lives beyond his means, and has an over-zealous interest in the ladies. But the team find it difficult to establish a motive and it is only when the investigation follows the money that a picture begins to emerge. This is one of corruption that spreads across Europe, from Ireland, through Holland, all the way to Lithuania and beyond.

Murder at the Holiday Home

This title is due for release on February 18, 2021
We'll send you an email as soon as it is available!