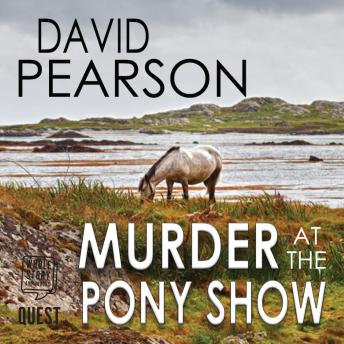 Murder at the Pony Show: Book 4

Set in the beautiful surroundings of the west coast of Ireland, MURDER AT THE PONY SHOW is a cosy police procedural the whole family can enjoy.

The discovery of a man's body puts a damper on the annual Connemara Pony Show. DI Maureen Lyons investigates a difficult case of foul play. The show is under way, but the gaiety is brought to an abrupt halt with the discovery of a dead man in a horsebox. Whilst the teenaged owner of the horse runs off in fright, detectives are quickly dispatched to investigate what is soon established as murder. Given the suspicious activity of the organisers, and the peculiar occupation of the victim, the Irish police have a conundrum on their hands. Several motives begin to emerge, but when they are compounded by a kidnapping and evidence of dodgy dealings, it is far from an open and shut case.

Murder at the Pony Show: Book 4