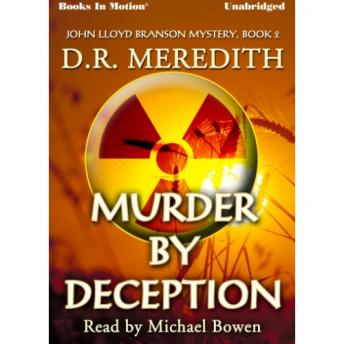 At first glance, he was a fine figure of a man. Even the butcher knife buried in the middle of his chest didn't seriously detract from his good looks. But that corpse, nude except for a pair of mismatched socks-and the butcher knife , of course-is trouble with a capital T for Leroy MacPherson, in whose wheat field the body is dumped, and rest of his extended family. It's also trouble for the opponents of the nuclear waste depository the DOE plans to build in the Texas Panhandle. The victim is Charlton Price-Leigh III, whose job it is-or was-to persuade local residents that burying radioactive waste in their backyards presented very little danger. That's not what MacPhearson and his neighbors believe, and its not what attorney John Lloyd Branson believes either. When John Lloyd and his legal clerk, Lydia Fairchild, take on MacPhearson's defense, they find themselves entangled in a series of deceptions. Whatever they see, whatever a witness says, can not be trusted. Even the victim cannot be trusted.