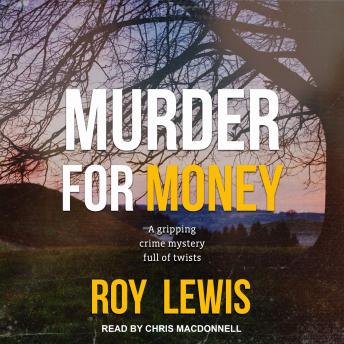 Charlie Rutland, a womanizing journalist, is found brutally murdered. He worked for a muck-raking gossip magazine and therefore had many enemies.

Detective Crow is assigned to Yorkshire where he must eliminate a long list of suspects.

And where does the German businessman Conrad Gunther fit in? Mysterious lights at Lockyer Tarn, a homeless man hiding out on the Yorkshire Dales, a stolen Volvo and a former Gestapo officer are all seemingly linked in some manner.

And then the British spy services get involved . . . Will Crow have his investigation shut down before he can catch the murderer.