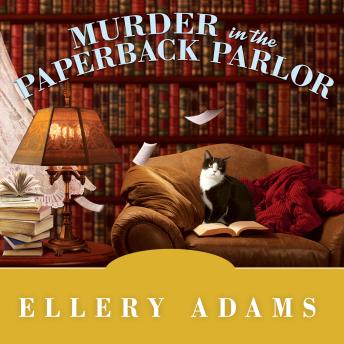 Murder in the Paperback Parlor

With Valentine's Day just around the corner, Jane Steward is organizing a week of activities for fans of love stories at her book-themed resort. But her Regency readers barely have time to brush up on their Jane Austen before tragedy strikes Storyton Hall. Rosamund York, one of the most celebrated authors in attendance, is killed.

Rosamund had as many enemies as she did admirers, including envious fellow novelists, a jealous former lover, and dozens of angry fans. It's up to Jane, with the help of her book club, the Cover Girls, to catalogue the list of suspects and find a heartless killer quickly-before the murderer writes someone else off.

Murder in the Paperback Parlor