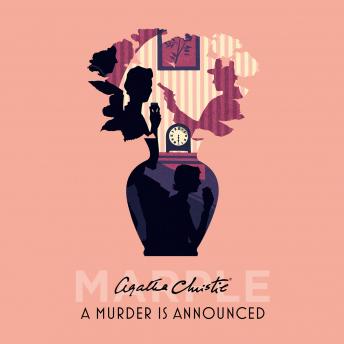 A Murder is Announced


An announcement appears in the local paper:
this Friday, at exactly 6.30pm, a murder will take place.


Who could resist such an invitation?


Driven by morbid curiosity, the villagers head to the appointed location: a quiet house on the outskirts of the village.


The crowd gathers. The clock counts down. And then the lights go out.


A mystery that will defy even the most ingenious of detectives.
Because, when you turn over a stone in an English village, you have no idea what will crawl out…