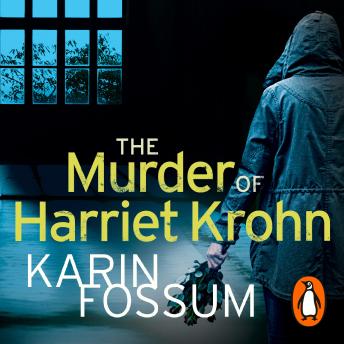 The Murder of Harriet Krohn

He’s grieving for his late wife, he’s lost his job, and gambling debts have alienated him from his teenage daughter. Desperate, his solution is to rob an elderly woman of her money and silverware. But Harriet Krohn fights back, and Charlo loses control.

Wracked with guilt, Charlo attempts to rebuild his life. But the police are catching up with him, and Inspector Konrad Sejer has never lost a case yet.

Told through the eyes of a killer, The Murder of Harriet Krohn poses the question: how far would you go to turn your life around, and could you live with yourself afterwards?

A GREAT book with an unexpected ending ! Loved it ! The Narrator was brilliant ! Will for sure look for more from Karin Fossum.

The Murder of Harriet Krohn: I found the book held my attention from the first few sentences. Very well written and beautifully read. Getting inside the mind of Charlo Torp, a sad man trying to turn his life around, was fascinating. A very suspenseful novel; great story; well drawn characters and totally intriguing. First book I've read by Karin Fossum - definitely won't be the last!