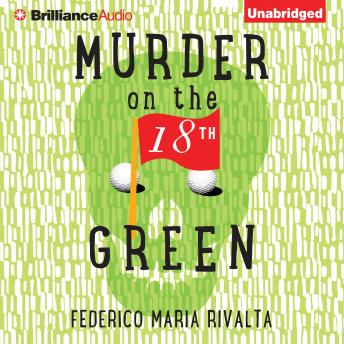 Murder on the 18th Green

The Euganean Hills golf community in northern Italy is a golfer’s paradise. With a perpetual smell of freshly cut grass, rolling green plains, and bright blue skies, it seems nothing could go wrong for the tight-knit group that lives there.
But the normally laid-back residents are shaken to their cores when one of their own turns up at the club brutally murdered. After discovering his friend’s body, investigative journalist Riccardo Ranieri makes it his mission to track down the perpetrator of the heinous crime, and before long, he finds himself a target. As more bodies turn up, no one is safe from suspicion. When Riccardo begins to unravel the mystery, he sets in motion a series of unforeseen events—and it’s clear his quiet community will never be the same.

Murder on the 18th Green