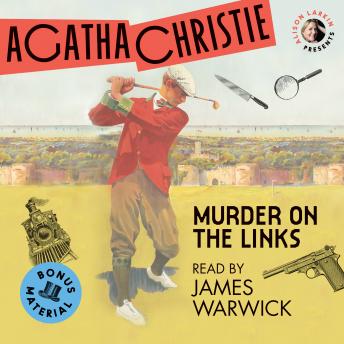 The Murder on the Links

In Agatha Christie's second Hercule Poirot novel, the great detective travels to France in response to a desperate cry for help - only to find his client stabbed to death on a golf course, with a passionate love letter in his pocket. Then another identical murder follows...

Following his award-winning recording of The Picture of Dorian Gray and Agatha Christie's The Mysterious Affair at Styles, TV star James Warwick narrates The Murder on the Links. James Warwick starred in Agatha Christies' Partners in Crime TV series on Masterpiece Theater and brings his trademark authenticity and style to this delightful recording, which is followed by a short exclusive interview with James Warwick, Alison Larkin and a surprise guest.

Murder on the Links