Murder on the Peninsula 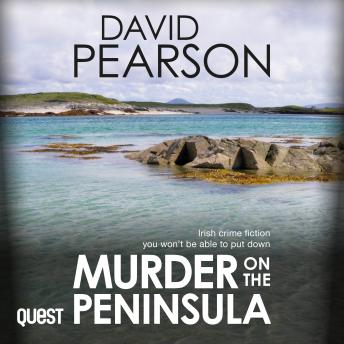 Murder on the beach, kidnap on the moor. DI Maureen Lyons investigates.

It is with a certain trepidation that the local garda approach a car stuck out on Ballyconneely Beach gradually becoming swamped by the rising tide. And the police's worst fears are confirmed when they find it contains the body of a young woman. When the post-mortem indicates the death was the result of foul play, the girl's family is interviewed and her room searched. After the discovery of a USB stick that appears to be evidence of corruption within the Council's planning department, the investigation begins to centre on an architectural firm.
Whether or not the killer is feeling the heat, another girl is abducted. The race is now on to track down the felon. But he actually seems to want the police to find him, as he taunts DI Maureen Lyons with information.

Murder on the Peninsula