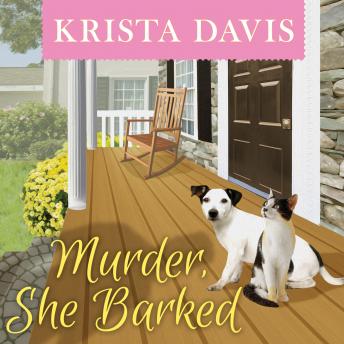 Holly Miller's life has gone to the dogs. She has no job, her boyfriend's former flame is sniffing around, and a scruffy but lovable Jack Russell terrier is scattering crumbs all over her borrowed car. Just when she thought things couldn't get worse, a troubling phone call about her grandmother sends her rushing home to the family inn on Wagtail Mountain.

The staff-and a frisky calico kitten named Twinkletoes-adopts Holly and her new dog on arrival. Someone in this friendly town is bad to the bone, though. One of the employees at the inn has been killed in a hit-and-run accident, which is looking anything but accidental. Now Holly and her furry companions will have to nose out the murderer before someone else gets muzzled.