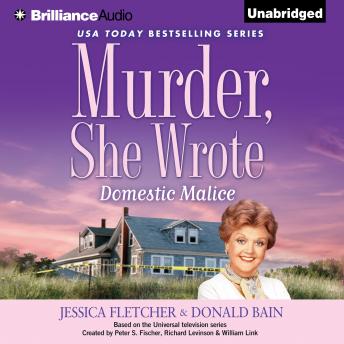 Jessica has always been civic-minded, so when the director of the Cabot Cove women's shelter asks her to join the board, she readily accepts, even though the shelter has been in the crosshairs of an unreasonable councilman who'd like to see it closed.

One night while Jessica is at the shelter, a woman walks in battered and bruised. Her husband is a respected businessman and regarded by all as a pillar of the community. Could this paragon of virtue have beaten his wife?

Despite Jessica's support and advice, the woman refuses to stay at the shelter, press charges, or even report the abuse. But a few days later the entire town is shocked to hear that domestic abuse has turned to murder.

Investigating the crime, Jessica soon discovers that the woman's family has secrets and lies that go beyond domestic violence-and that the real killer may be hiding behind a wall of silence that could send the wrong person to prison....