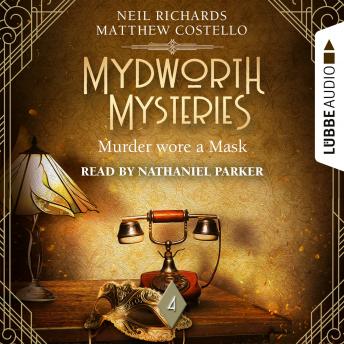 From the authors of the best-selling series CHERRINGHAM
Lavinia's annual Masked Ball at Mydworth Manor is a highlight of the season, as locals mingle with the great and famous from London. But the lavish party comes to a full stop when one of the guests is found dead down by the lake. It seems it's a clear case of a heart attack. But Harry and Kat suspect that the dead man in a mask was in fact the victim of a clever case of murder. And the killer's work at the party is not yet done...
Nathaniel Parker, born in 1962, graduated from the London Academy of Music and Dramatic Art and went on to join the Royal Shakespeare Company. His television career began in 1988 when he played Flying Officer 'Flash' Gordon in the LWT mini-series 'Piece of Cake'. He is also the lead in the BBC series 'The Inspector Lynley Mysteries', based on the novels by Elizabeth George. Nathaniel Parker has an extensive list of audio books to his credit, ranging from the classics of Charles Dickens and Thomas Hardy to more modern writings and children's books.

This title is due for release on May 29, 2020
We'll send you an email as soon as it is available!