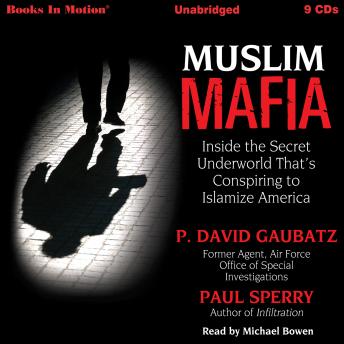 You've heard about the courageous young investigators who covertly videotaped officials of ACORN advocating illegal activities. Now, get ready for an undercover expose even more daring: a six-month penetration of the Washington-based Council on American-Islamic Relations that resulted in the collection of thousands of pages of smoking-gun documents from this terror-supporting front group for the dangerous, mob-like Muslim Brotherhood. This is what Muslim Mafia delivers. It has all the elements of a top-flight mystery novel, but the situations and conversations are real. The book's frightening allegations are supported by more than 12,000 pages of confidential CAIR documents and hundreds of hours of video captured in an unprecedented undercover operation. This trail of information reveals the seditious and well-funded efforts of the Brotherhood under the nonprofit guise of CAIR to support the international jihad against the U.S. Follow intern Chris Gaubatz as he courageously gains the trust of CAIR's inner sanctum, working undercover as a devoted convert to Islam, and blows the whistle on the entire factory fueling the wave of homegrown terrorism now plaguing America.

This title is due for release on December 20, 2015
We'll send you an email as soon as it is available!