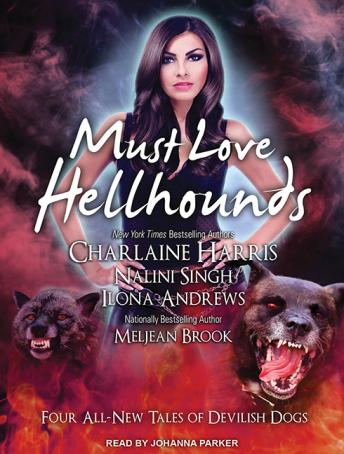 Follow paranormal bodyguards Clovache and Batanya into Lucifer's realm, where they encounter his fearsome four-legged pets, in Charlaine Harris's The Britlingens Go to Hell. Seek out a traitor in the midst of a guild of non-lethal vampire trackers, one that intends to eradicate the entire species of bloodsuckers, in Nalini Singh's Angels' Judgment. Find out why the giant three-headed dog that guards the gates of Hades has left the underworld for the real world-and whose scent he's following-in Ilona Andrews's Magic Mourns. Embark on a perilous search for the kidnapped niece of a powerful vampire alongside her blind-and damn sexy-companion and a hellhound in Meljean Brook's Blind Spot.