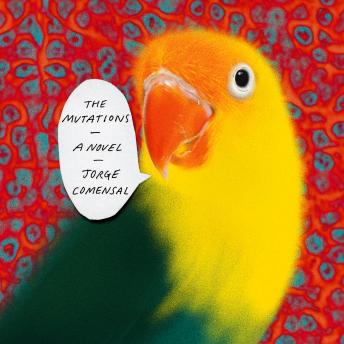 The Mutations: A Novel

Ramón Martinez is a militant atheist, successful lawyer, and conventional family man. But all of that changes when his privileged life disintegrates after cancer of the tongue deprives him of the source of his power and livelihood: speech.

Jorge Comensal’s The Mutations is a comedy tracing the metastasis of Ramón’s cancer through his body and through the lives of his family members, colleagues, and doctors, dissecting the experience of illness and mapping the relationships both strengthened and frayed in its wake. Mateo and Paulina, his teenage children, struggle with the temptations of masturbation and binge-eating, respectively. Ramón’s melancholic oncologist is haunted by the memory of a young patient whom he was unable to save. His selfish pathologist believes Ramón’s tumor holds the key to a major scientific breakthrough. And then Elodia, Ramón’s pious maid, brings him a foul-mouthed parrot as a birthday gift, and this filthy bird becomes Ramón's companion, confidant, and unlikely double.

Paying homage to forebears such as Sontag, Didion, Flaubert, and Tolstoy, and filled with a rough-hewn poetry of regret, rage, and, finally, resignation, The Mutations offers up a profound and funny cross section of modern Mexico, as well as a bold treatment of an unspeakable yet universal reality.