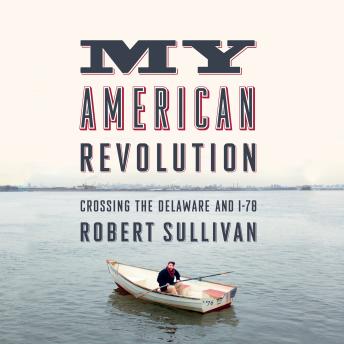 My American Revolution: Crossing the Delaware and I-78

In My American Revolution, Robert Sullivan investigates the true history of the crossing of the Delaware, its down-home reenactment each year for the past half a century, and - toward the end of a personal odyssey that involves camping in New Jersey backyards, hiking through lost 'mountains,' and eventually some physical therapy - he evacuates illegally from Brooklyn to Manhattan by handmade boat. He recounts a Brooklyn historian's failed attempt to memorialize a colonial Maryland regiment; a tattoo artist's more successful use of a colonial submarine, which resulted in his 2007 arrest by the New York City police and the FBI; and last but not least, along New York harbor, Sullivan re-creates an ancient signal beacon.