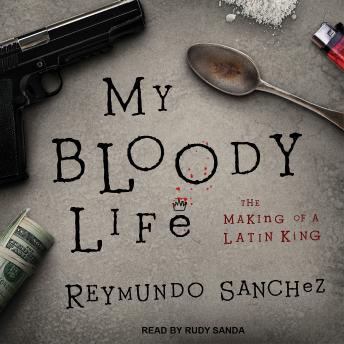 My Bloody Life: The Making of a Latin King

Looking for an escape from childhood abuse, Reymundo Sanchez turned away from school and baseball to drugs, alcohol, and then sex, and was left to fend for himself before age fourteen. The Latin Kings, one of the largest and most notorious street gangs in America, became his refuge and his world, but its violence cost him friends, freedom, self-respect, and nearly his life. This is a raw and powerful odyssey through the ranks of the new mafia, where the only people more dangerous than rival gangs are members of your own gang, who in one breath will say they'll die for you and in the next will order your assassination.

My Bloody Life: The Making of a Latin King