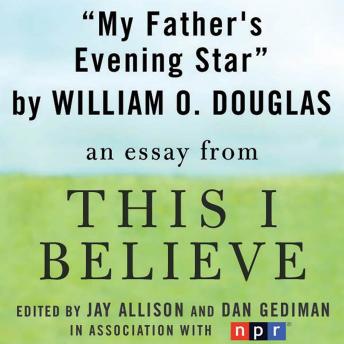 My Father's Evening Star: A 'This I Believe' Essay

In this essay originally aired in the 1950s, Former Supreme Court Justice William O. Douglas encourages a return to the faith of his father's generation in 'My Father’s Evening Star'*, his contribution to NPR’s This I Believe series.

*Also aired as 'The Faith of Our Fathers'