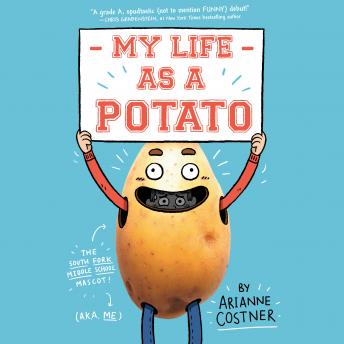 My Life as a Potato

For anyone who has ever felt like a potato in middle school, this hilarious story about a boy forced to become the dorkiest school mascot ever will have listeners cheering!

Ben Hardy believes he's cursed by potatoes. And now he's moved to Idaho, where the school's mascot is Steve the Spud! Yeah, this cannot be good.

After accidentally causing the mascot to sprain an ankle, Ben is sentenced to Spud duty for the final basketball games of the year. But if the other kids know he's the Spud, his plans for popularity are likely to be a big dud! Ben doesn't want to let the team down, so he lies to his friends to keep it a secret. No one will know it's him under the potato suit . . . right?

Life as a potato is all about not getting mashed!

'A hilarious, relatable story for any kid who has ever felt out of place.' --Stacy McAnulty, author of The Miscalculations of Lightning Girl

My Life as a Potato