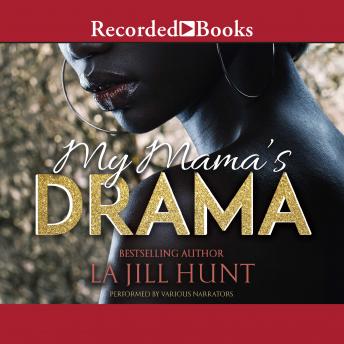 The love/hate relationship between Diane and Kendra Williams takes mother-daughter drama to entirely different level. Diane is a single mother who prides herself on being a master manipulator. She has no problem using anything or anyone to get what she wants. Whether it's treating her sister, Celia, as her personal ATM or seducing unlikely, unsuspecting men, she will do whatever it takes to get ahead. Her daughter, Kendra, is a hardworking student who does a better job parenting her younger twin sisters than their mom does. She is determined to be nothing like her mother, and instead, strives to follow in her Aunt Celia's footsteps to get the car, house, and career of her dreams. After meeting Bilal, a handsome, streetwise entrepreneur, she may just land the man of her dreams as well. When tragedy strikes one of the twins, instead of being there for her family, Diane sees it as one more opportunity to exploit for her own personal gain. And when a secret that both Diane and Kendra have been keeping comes out, the entire family is ripped apart. Will Kendra be able to hold on to everything that means the world to her, or will her mama's drama snatch it all away?