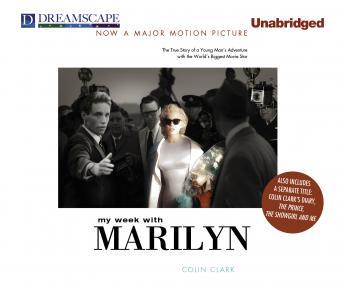 My Week with Marilyn

In 1956 twenty-three-year-old Colin Clark began work as a lowly assistant on the set of The Prince and the Showgirl, the film that united Sir Laurence Olivier with Marilyn Monroe. The blonde bombshell and the legendary actor were ill suited from the start. Monroe, on honeymoon with her new husband, the celebrated playwright Arthur Miller, was insecure, often late, and heavily medicated on pills. Olivier, obsessively punctual, had no patience for Monroe and the production became chaotic. Clark was perceptive in his assessment of what seemed to be going wrong in Monroe's life: too many hangers-on, intense insecurity, and too many pills. Before long, Monroe and Clark spent an innocent week together in the English countryside and Clark became her confidant and ally. This special theatrical edition also includes The Prince, The Showgirl and Me, Colin Clark's diary during the film's production.

My Week with Marilyn