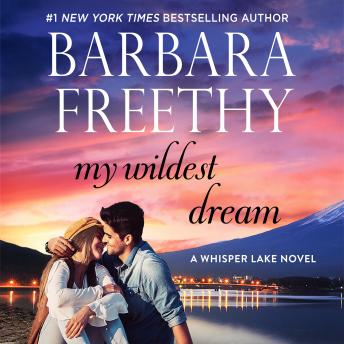 'Tragedy haunts her, regrets shadow him and passion lures them into a mystery as dangerous as their feelings for each other. In MY WILDEST DREAM, Freethy captivates with a sensuous game of tainted hearts and tempting romance.' Isha

Brodie McGuire was a bold, fearless skier whose dreams of Olympic gold vanished in one career-ending fall. Now, he's following in the footsteps of his grandfather as a cop in his hometown of Whisper Lake. Surrounded by the mountains he once conquered, Brodie is trying to find stability and purpose in his new future...when a case brings him together with a beautiful woman, whose cool reserve intrigues him more than he'd like.

Chelsea Cole was a country music singer on her way to the top when her music inspired a tragedy. Unable to face her fans or the spotlight, she went into hiding, reinventing herself as a small-town music teacher. But Whisper Lake has its secrets, and a problem with one of Chelsea's students introduces her to a brash and altogether too sexy cop who wreaks havoc on her plans for a quiet, drama-free life.

As Chelsea and Brodie work together to solve a mystery, sparks fly between them. Brodie tempts Chelsea out of her safe cocoon, but will more pain be waiting? And when Brodie pushes Chelsea to find her voice again, will she be one more dream he has to give up?

Don't miss any of the WHISPER LAKE novels: