The Mysterious Card: And the Card Unveiled 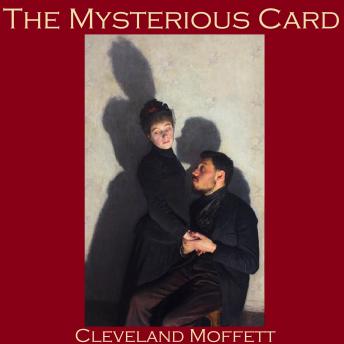 Cleveland Moffett (1863-1926) was an American journalist and author who contributed articles and stories to magazines and weeklies. He first became famous with his short mystery story \"The Mysterious Card\", which was published in the Boston-based The Black Cat in 1895. This tale caused a sensation, partly because it did not reveal the answer to the puzzle posed, thereby gaining widespread attention and engaging his readers in speculation for months. It was followed up a year later by \"The Mysterious Card Revealed\", which finally provided the solution to the first riddle.

In \"The Mysterious Card\" an American visiting Paris for the first time has a strange and terrible experience. A beautiful lady deliberately drops a card on his table at the Folies Bergeres with some writing on it in French. As he does not speak the language, he asks his hotel manager to translate. On reading the card, the manager immediately throws him out of the hotel. At the next hotel, the same thing happens. An old friend reacts just as badly and, like the previous two, refuses to explain what is on the card.

He decides to hire a detective agency, but immediately he is arrested and imprisoned. But this is only the beginning of his woes. When he is released, he returns to his wife and shows her the card....

Mysterious Card: And the Card Unveiled