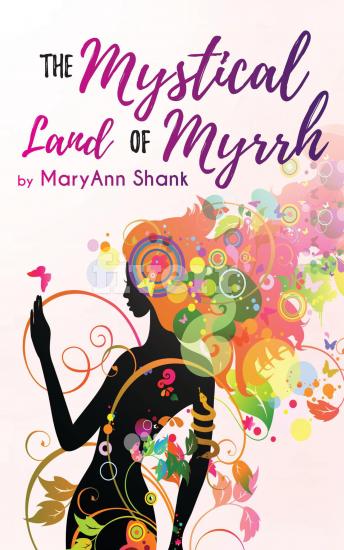 The Mystical Land of Myrrh

Listen to the stars dancing over Somalia and hear tales of warriors and camel herders, songs at the wells and melodies in every footstep. Moira, a young Peace Corps Volunteer, stretched her senses to soak in every story, every song that was around her. Her missteps tossed a beautiful young woman into a whipping circle, and denied her students the futures they had worked so hard to obtain. Moira's successes were few. Even her search for a lesbian lover in the labyrinth that was Mogadishu seemed hopeless. Moira was shaken to her very core when she stumbled on The Ritual, female circumcision, carried out in a hidden hut in the bush country, the Ritual that rips all feelings of sexual pleasure from between a young girl's legs.
Through it all the Somali Goddess Arawello spreads her protective arms, reaching through wars and famines to reach her people. Once Arawello brought Peace by turning men into eunuchs, and may do so again.
This is a journey of a young woman ready to meet the challenges of the world on her own terms, one who faces the terrors of bush country alongside the embrace of a lover in unlikely places. Moira faces challenges she never knew existed, and a love that envelopes her like an unfolding bird of paradise.Through the turmoil and ecstasy, Moira's love for the Somali people deepens as she reluctantly realizes that there is nothing -- nothing -- she can do to change their world to avert disaster. On the contrary, it is Somalia that changes her. She will never be the same again..