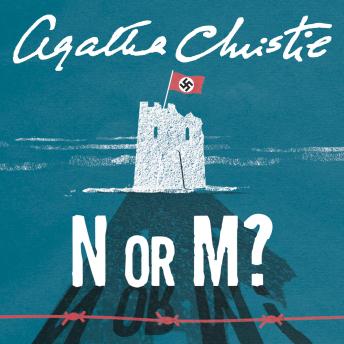 Another audiobook in the Tommy & Tuppence series.

It is World War II, and while the RAF struggles to keep the Luftwaffe at bay, Britain faces an even more sinister threat from 'the enemy within' - Nazis posing as ordinary citizens.

With pressure mounting, the Intelligence service appoints two unlikely spies, Tommy and Tuppence Beresford. Their mission: to seek out a man and a woman from among the colourful guests at Sans Souci, a seaside hotel. But this assignment is no stroll along the promenade. After all, N and M have just murdered Britain's finest agent...