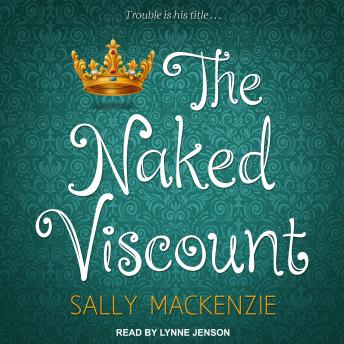 After eight Seasons in London, Lady Jane Parker-Roth is ready to quit the dull search for a husband in favor of more exciting pursuits. So when she encounters an intruder in her host's townhouse, she's not about to let the scoundrel escape. Until she discovers she's wrestling a viscount-Edmund Smyth, the one noble she wouldn't mind meeting in the dark. And when their struggle shatters a randy statue of the god Pan, even more mischief ensues . . .

Edmund was indeed searching for evidence of a scandal, but the shocking clues inside the nude statue are far from what he expected. The same can be said of Jane, who shows a talent for interfering in his affairs. And as his quest becomes more than a little improper, he finds the impetuous Lady has a talent for that as well . . .