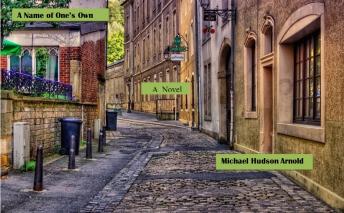 A Name of One’s Own

David Miller suspects that he has powers. At the age of 7, reality begins to bend its will to his own. His telekinetic abilities frighten and then infuriate his father whose rage forces David to protect his vulnerable mother. Leaving his father's body and their life behind, both David and his mother must escape authorities, change their names, and again move any time David cannot control his powers. This is a literary, subtle science fiction novel that illustrates what people are willing to do when they must fight to achieve a place in the world and secure A Name of One's Own.

Name of One’s Own