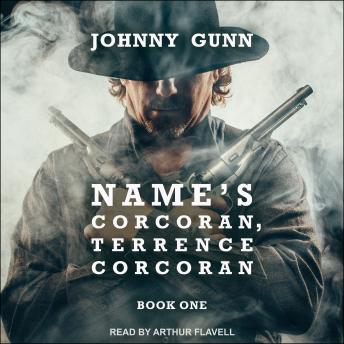 Terrence Corcoran carried a badge in Virginia City, Nevada until one day, in a drunken stupor, he shot the sheriff.

Now he's returning to the Comstock looking to get his badge back and stumbles into a conspiracy that might put the sheriff, district attorney, and others in jail for a long time. A lovely working girl is brutally murdered, a Hungarian duke wants a Wells Fargo gold shipment, and the sheriff rehires him after first kicking him in a most tender spot.

Corcoran was born on the ship bringing his family to this country, ran away to the frontier at an early age, and brings his ideas of the old country and knowledge learned of the west to whatever mess he finds himself in. He's carried a badge, found himself in jail, and stands four-square for right, honor, and truth. You gotta love the guy.