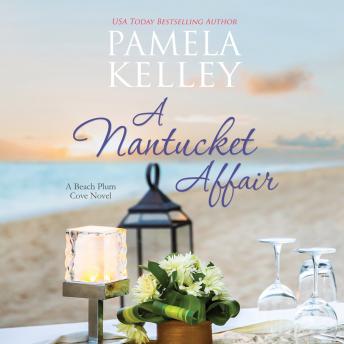 Lisa Hodges has always thought her best friend Sue had a dream marriage. She'd married Curt, her high-school sweetheart and current business partner. After thirty-five years of marriage, she’d never doubted him once—until blonde and beautiful Brandi Morgan joined their thriving insurance company. All the clients love her and business is up. Sue liked her quite a bit too—until the rumors started swirling.

It all began with A Nantucket Affair, the island's biggest charity gathering. As usual, Curt is the chairman, but this year, he has a new second in command, Brandi. Sue didn't give it a second thought, but then Curt suddenly dropped the fifteen pounds he'd been whining about wanting to lose and a few well meaning friends started asking her what was going on.

Meanwhile, Kristen's boyfriend, Tyler is dealing with a devastating loss, and Kristen wants to be there for him, but isn't sure how best to support him, especially when she discovers a secret he's been keeping, one that could have devastating consequences for both of them.

Abby is busy learning how to be a new mother, and Lisa is madly in love with her first grandchild. And Chase and Beth have discovered a new passion project—flipping houses. Beth does the research to find the undervalued homes, and Chase works his magic to renovate them. But then they get in over their heads when a project requires more than they could ever have imagined.