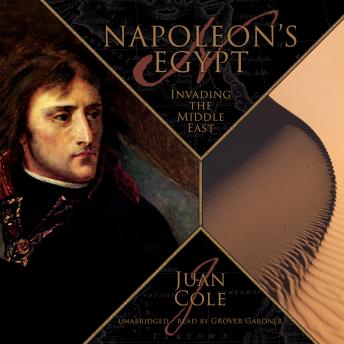 In this vivid history, master storyteller and world-renowned historian Juan Cole tells the story of Napoleon’s invasion of Egypt in 1798. Revealing Napoleon’s reasons for leading the expedition against Egypt and showcasing the young general’s fascinating views of the Orient, Cole delves into the psychology of both the military titan and his entourage. He paints a multifaceted portrait of the daily travails of the soldiers in Napoleon’s army, including how they imagined Egypt, how their expectations differed from what they found, and how they grappled with military challenges in a foreign land. Cole explains how Napoleon’s invasion—the first modern attempt to conquer the Arab world—invented and crystallized the rhetoric of liberal imperialism.

“[A] masterful and beautifully written account of Western imperialism’s first assault on the Islamic world. It includes indispensable details on the West’s contempt for Islamic peoples—so-called Orientalism—and the untold misery it has caused.”—Chalmers Johnson, author of Nemesis: The Last Days of the American Republic